No BERSIH 4 For Civil Servants 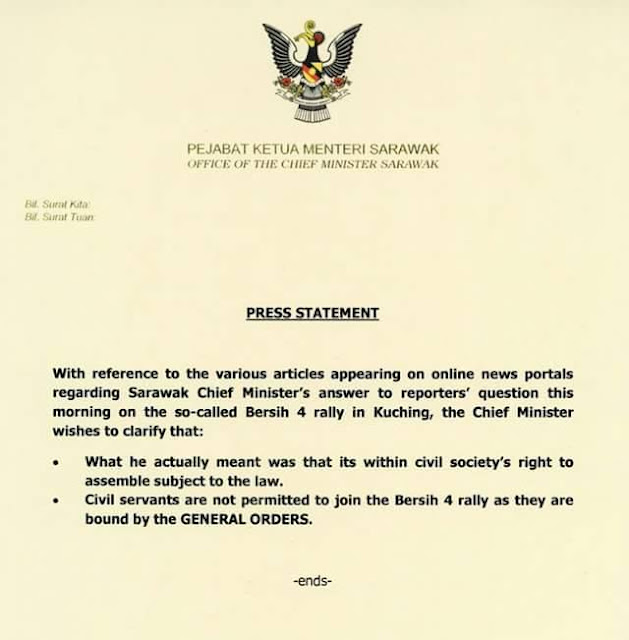 The Sarawak Chief Minister Office has issued a Press Statement to inform that Civil Servants are not permitted to participate in the BERSIH 4.0 rally which is currently being organised by BERSIH. This was after the Chief Minister's statement earlier on appeared online indicating that he had no problem with civil servants joining the rally. What the Chief Minister stated was 'it was within Civil Society's right to assemble, subject to the law'. The Law here refers to the Peaceful Assembly Act 2012. 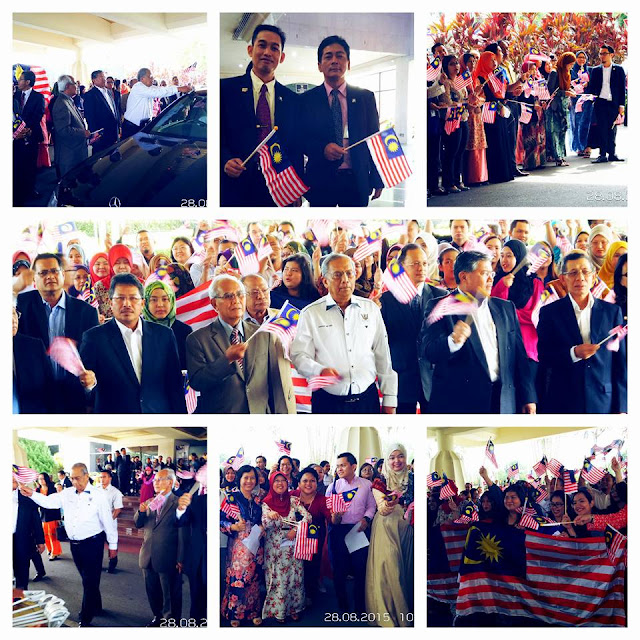 The Chief Minister earlier on officiated the Chief Minister's Office campaign to wave the national flag Jalur Gemilang by placing it on official and personal cars as a way to exhibit patriotism during the Independence Month (Bulan Kemerdekaan) celebration. So to all my.colleagues in the Service do take note.
An Honour to Serve and Thank you.
Labels: BERSIH 4.0 Sarawak Civil Service
Location: Sarawak State Government Administrative Headquarters, Petra Jaya, 93050 Kuching, Sarawak, Malaysia