Here we go again. Another trip to KL and this time its going to be special. One thing is that this is a family trip - when I say family trip I mean the whole DJ family is going to converge in Kuala Lumpur. Firstly, its the school holidays and that's the only time my sister, Debbie and my brother-in-law Johnady gets to go out with their two boys, Jason and Justin. They brought my mum and dad for the trip to which includes Langkawi before stopping over in KL. 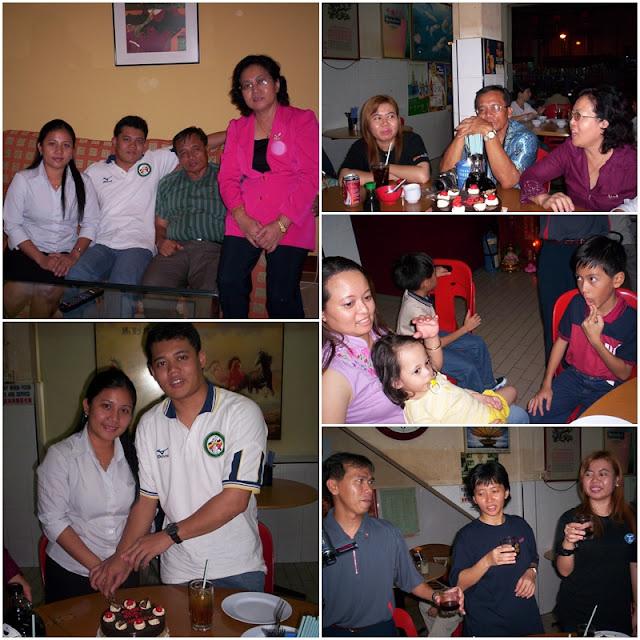 For me it was the best moment one can go on holiday and that is with the family - big get togethers should not be confined to once a year or twice a year kind of thing. If possible it should be always.... I brought over my baby Shania and wife, Lucy to meet them in KL, and my sister Donna followed us too. There we would be meeting up with my brother Darren and his wife Alice. So I guess the DJ Family are in full force for the trip - the last trip in August, my brother in law and sister could not join (during my brother's convocation in Universiti Malaya).


Moments in Genting Highlands
We went to Genting Highlands on the second day. After the August event where I took Shania to Berjaya Time Square, I decided that it would be good to introduce Shania to Genting Highlands Theme Park as she will be having the company of her two cousins there. The fare from KL to Genting was RM80. The journey took about 50 minutes. reaching Genting we decided to play indoors only as the rain prevented us from using the facilities outside. That's one pointer that you should take into account when you decide to play at the Theme Parks - the outdoors facilities are closed should there be a rainfall. 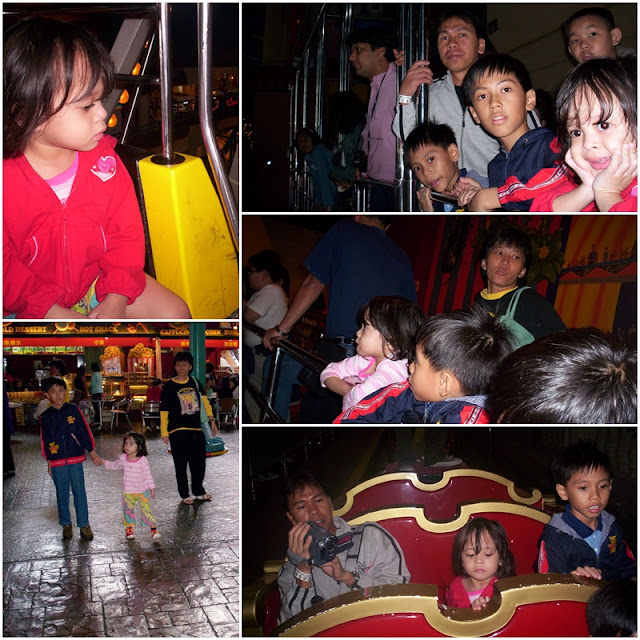 My bro in law Johnady and nephews - Jason and Justin. That is one thing about the theme parks in Genting Highlands during peak season. you have to line up almost to an hour! You can see Shania is getting impatient in the photo.

Megakidz Revisited
We revisited the Megakidz at MegaMall - there Shania managed to enjoy herself while the other family members went shopping. I mean, that was the only place where she could enjoy herself. If she was to go shopping along with the mum I guess she would make all those noises that small kids make. I don't really know why, but kids are like that. So its really a good idea to have one of this play land in Kuching one of these days. Another interesting thing I noticed during my time there was that they have these activities there for kids - with those dinosaur costumed monsters running around the playhouse. Shania thought it was Barney and I am not sure what that purple dinosaur's name is. 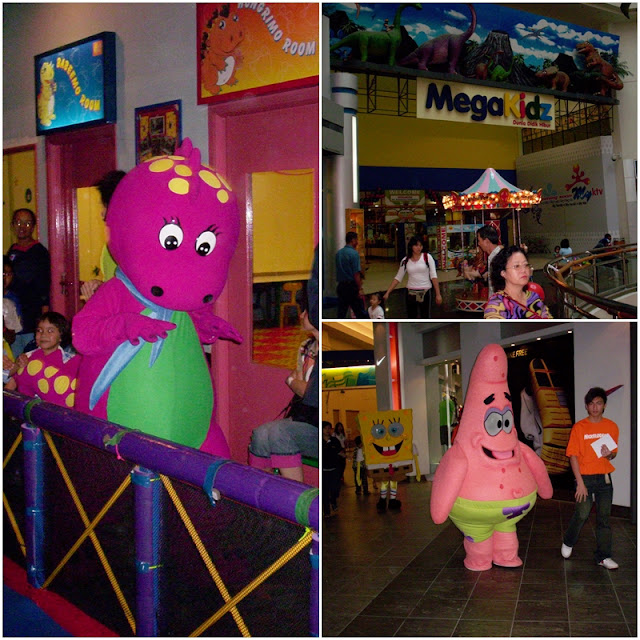 Family moments - you can't really think of when those get togethers can happen, this one in KL was instant - getting together with your siblings is lots of fun. There you can catch up on a lot of things. Furthermore, its a chance to forget work for a while - Darren and his wife took leave, becoming our guide for the whole 5 days we were in KL. And of course there are those family moments when tensions can happen - the kids making hell raising noises, someone missing during shopping, deciding whose turn it was to shop and mind the kids, convincing my dad to go to the Subang Jaya Medical Centre to check his swollen joints (and he was insistent he did not want to go), kids not wanting to go back from the Toyland and so on.

The day before we left, we managed to pay (RM28 per adult if you produce MyKad) a visit to Aquaria at KLCC (KL Suria). Its supposed to be a large aquarium where they keep the big fishes and other sea creatures you do not get to see (and do not want to see face to face) in open waters. 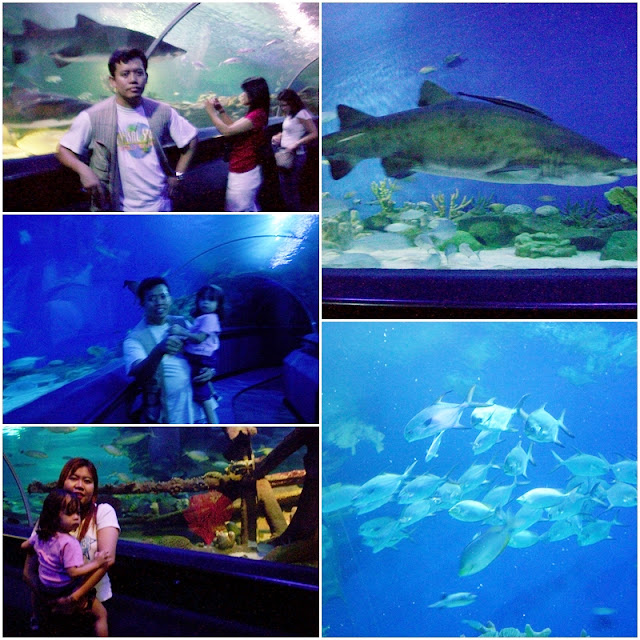 We spent about an hour in the place. I would say it was a very educational visit. If time is on my side I would love to just sit the whole day there and absorb all those knowledge that the Aquaria provided - there are computer monitors along the way for you to read the facts about marine life and evolution. But if you are with a family, its different, you have to keep up with them and also you have to make sure some of them do not put their hands in the waters.

This trip has been fun and memorable. The family decided that we should do this more often and we hope that we can meet up again in the next few months - when its Christmas, Gawai Dayak, holidays and other special occassions. I can only tell you, family moments - its good therapy for everyone.
Labels: Aquaria Genting Highlands Megakidz Shania in KL