Nadai Nama Nama attended a Proactive Government Communication Strategies using Digital & Social Media Course at Parkroyal Kuala Lumpur organised by Zanerva Trainings on 19 - 20th August 2015. The Trainer was Julio Romo an experienced senior communications consultant and digital and innovation strategist with a career of over 20 years - 18 in public relations and communications and ten in digital, social media, technology and innovation. His twitter handle is @twofourseven

Nadai Nama Nama (NNN) is truly excited to learn about an upcoming event which is said to be the first of its kind in this region and its going to be in Kuching. The venue will be CityOne Megamall starting from 12-13 September 2015.The organisers as explained by Mr. Cyril Dason in their website Sarawak Bloggers chose Cat City for the event as it is home sweet home. The promo # will be Hashtag Live Kuching 2015 (#LiveKCH). According to the organisers the objectives of this event which NNN is excited about are:
All this with the ultimate aim of promoting friendship and unity amongst those who frequent the event.

This will be another good opportunity to try out the simple analytical tools to monitor social media usage before and during the event. The measurements unit used by NNN will be the #LiveKch counters and tweeting trends. It will be good monitor the receptiveness of social media users in Kuching (through tweets and postings) especially with the ongoing promotions . It also determines if those attending the event are utilising social media fully, be it to get info about the event or participate in the activities being organised. The event after all is built on social media theme.

The organisers are optimistic about it and for NNN it will be a good opportunity to look at the data and match its accuracy with actual participation numbers. It will be useful for future planning of social media events.

So here goes as we explore the diagrams churned out by the analytical tools available on the internet.

The survey being conducted will capture data for activities for hashtag #LiveKch on a 6 days record  (25 Aug - 1 Sep 2015). As indicated 242 posts are recorded. So it would be safe to assume that as the event nears after, activities should increase in the first week of September reaching peak on the actual event dates. 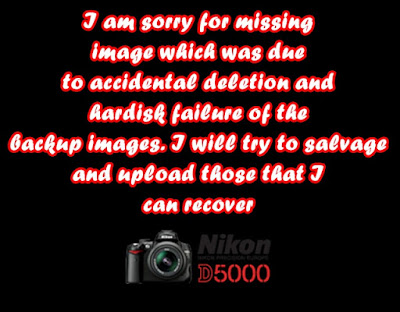 The screen capture below shows the tweets and retweets versus original posts and the social media site statistics for #LiveKch. It is recorded that twitter, facebook and instagram play a more prominent role in sharing information regarding the event. The site also identifies the most influential tweeter accounts sharing the hashtag from the other users.

The image below provides extra information which may be useful to identify the gender and source of the tweets and posts sent.

Then again there are also analytical tools to zoom in on the Social Authority level (user influence and engagement) of those sending out the #LiveKch. NNN will zero in on three contributors of the campaign and they are @cyrildason, @sarawakcrocs and @theHashTagLive .

Below is a wealth of information for twitter accounts followers of @cyrildason and their level of Social Authority.

For @sarawakcrocs the Social Authority is set at 68 and distribution of followers are seen below.

As for @theHashTagLive being new in the scene the Social Authority is understandably low at 17 over 100 and location of the followers also seen as below.

The tool will provide a breakdown for accounts based on Social Authority rating. For @theHashTagLive one user with rating between 71-80 is identified as  @keemanxp . Yes the tool will identify the tweet account if one clicks on the figure in the web.

With all this graphs and diagrams readers may ask what its all about and how it can be used in planning social medai events? Well NNN is not an expert in interpreting how these analytical tools can be used. But if one wants to monitor the progress of one's event (especially one which relies mainly on social media) the it will be very useful. The list of benefits also include:


There are many more features for one to explore and this includes detail of handphone models the tweets come from. At the end of it all, those who feel that social media may be the future in Kuching can conduct surveys with these analytical tools as references. So lets go all out to make #LiveKch a success. Good Luck to the organisers.