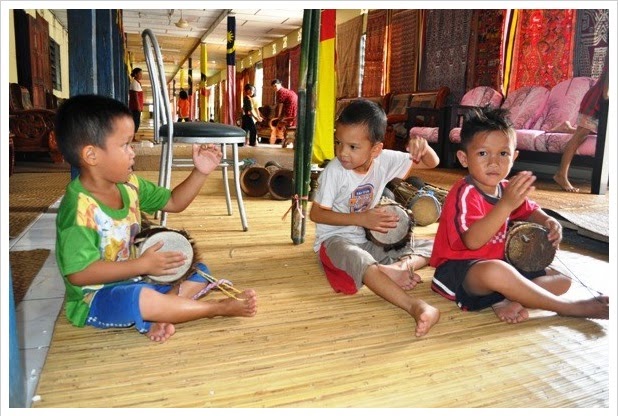 There you have it. The 13th General Election (GE13) for the country has been announced by YAB Dato' Sri Mohamad Najib Razak on 3th April 2013. The crucial date which determines the country's fate has been fixed by the Election Commission on 5th May 2013. It does not really matter what happens between now and the election result. What is important is that the country's future will be determined by almost 13 million eligible voters that is almost half of total population through a democratic process as political parties leave their fate to the Malaysian voters. The contesting parties have revealed most of their line ups. Who will be given the mandate to govern this country from now onwards remains a big question mark.

Its ironic really, in this era of modern and sophisticated communication technology one cannot really predict what the outcome will be. The parties that are contesting now seem to be making their boisterous presence felt in the social media with equal intensity that it won't provide a true measurement of ground sentiments especially the fence sitters. As most of the candidates' list has been made known, it seems that now it boils down to how these candidates and their parties' election machinery perform, especially how they present themselves, including their plans for the people and country. It will also test their capability to lead and strategise the resources at hand, manage conflicts that are most certain to arise, practice diplomacy and appease their voters. This will be an opportunity to see what the candidates are made of especially the new names that have been announced.

A manok sabong (fighting cock) in a cage

Although I would like to relate the upcoming GE13 to some existing sports as the parties go compete against one another, but seeing how heated the contests are, no sports come close to describe the election in this country. In sports one usually gets to see sportsmen, no matter how hard they compete coming together to shake hands (congratulating the victor) at the end of the game.

Those sharp spurs makes sportsmanship go down the drain

In other words there should actually be no bad blood between the victor or loser after the tournament. That would be far from the actual political scenario in this country now. I still see some form of bloody cock fighting like competition here where those involved will try to beat the hell out of his or her opponent as they try to win the voters' hearts and minds.

Cock fighting usually draws all kinds of crowds reflective of a political ceramah ~ supporters, party workers, special branch, curious people, bloggers including cybertroopers who try to say that crowd size does not matter

Usually there will be the Tuai Sabong or referee much like the ELection Commission's role to decide which bird bites the dust (lost) or determine the winner. Like in elections their task becomes more challenging if its a close fight

The owners would want to put their best birds (including very old ones, as they still look pretty good on video) in the arena as this involves money, lots of money. In elections the dangling carrot will be the power (mandate to rule). How does one judge their birds to be the best, it all comes down to experience, analysis (in Iban usually it involves 'neglala bulu' or 'observing the feather') and also choice of fighting spur including the positioning of the weapon). For more info on Ngelala Bulu go to Asal Iban Nemu Nyabong but the article is quite lenghty and require deep understanding, mind you. When released against one another, all hell will break loose as the spurs slash here and there as the birds fight one another amidst the cheer and noise from the crowd. Sounds cruel and scary but with all those campaigning where candidates seem to be running down one another it does sound like a cock fighting environment during most times. The loser is left alone in one remote corner outside the arena usually bleeding to death, as the ants set upon it. That's why I am certain this sports almost fit the description for this upcoming 13th General Election where we have a group of owners who has many fighting cocks in his coop versus another group, i am sure you get the picture. The only difference is that in politics, sometimes the losing cocks sometimes rise again to fight another day often stronger.

So what will be the winning formula in this upcoming 13th General Election? In Malaysian politics a complicated mix of factors will determine the winner and winning team. It can be the candidate, it can be the party, what it promises to deliver in its manifesto if they come to power and it can also depend on the issue at hand. Some candidates may win by fluke due to some administrative hiccups in their forms, that causes one's opponent to be disqualified. Finally, the most important of all, it will come down to the voter and the ballot paper in his hands ~ democracy is alive in Malaysia, we should be thankful for that because its power to the people.